UNICEF reports that a billion children worldwide are vulnerable to the effects of climate change. The World Bank states that without urgent action, climate change will push more than 100 million people into poverty by 2030.

The burning of fossil fuels is the biggest contributor to the climate crisis. No fossil fuel investments are needed to provide energy access to the poor because existing renewable energy technologies are already the best option. As such, the UN Sustainable Energy for All initiative states that “financing of fossil fuel projects as a means of closing the energy access gap should be terminated.”

There are no more excuses, no public assistance should be used to boost or prop up the development of fossil fuels. Yet the World Bank is still using its public funding to drive billions and billions into fossil fuel investments, including coal.

In order to be in alignment with the Paris Climate Agreement goals, the World Bank must get out of all fossil fuels now, including: 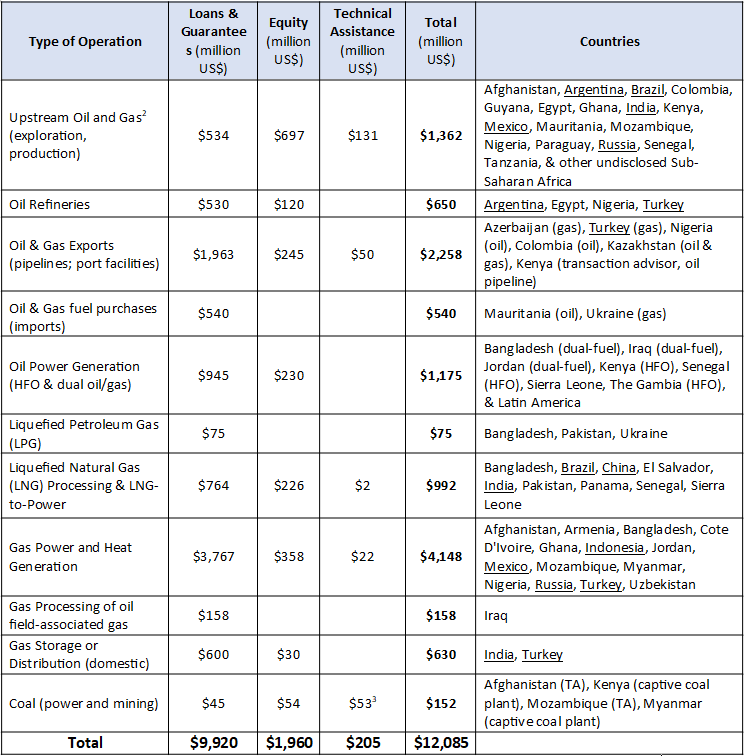 3 Technical Assistance that targeted coal mining in Mozambique also targeted oil and/or gas, thus the $53 million for coal is not added to the overall total to avoid double counting. Furthermore, the finance for technical assistance in Afghanistan was provided by the donor-funded Afghanistan Reconstruction Trust Fund. Thus, no finance was included in this table as it does not come from the World Bank’s budget.

Source: All data collected from World Bank webpages by Heike Mainhardt for Urgewald, 2020.

*”Improving” the business environment often involved expediting the permitting process or decreasing the number of days to set up a business.

It should be noted that when the World Bank targets reforms to energy tariffs, this often involves increasing tariffs usually under the banner of reducing energy subsidies. However, these tariff increases typically increase the profit margins for new coal and/or gas power plants or new oil and gas field developments. In 29 countries the Bank targeted energy tariff reforms and it is believed the majority of these energy tariff increases benefitted new fossil fuel investments.

In most cases, without further research and assessment, it is not possible to determine what forms of energy benefit from the World Bank-required policy reforms as the World Bank tends not to provide enough information. 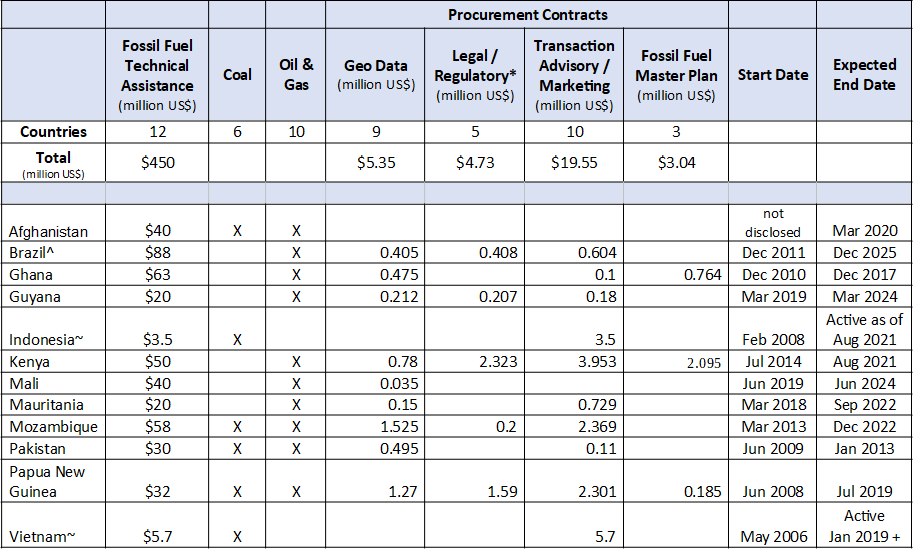 Source: all data were collected from the World Bank Group webpages by Noah Gibbs for Urgewald, August 2021.

*Not associated with environmental regulation/management.

+The Vietnam Power advisory services project is no longer on IFC's website. It was last viewed on January 4, 2019 and was still active at that time.