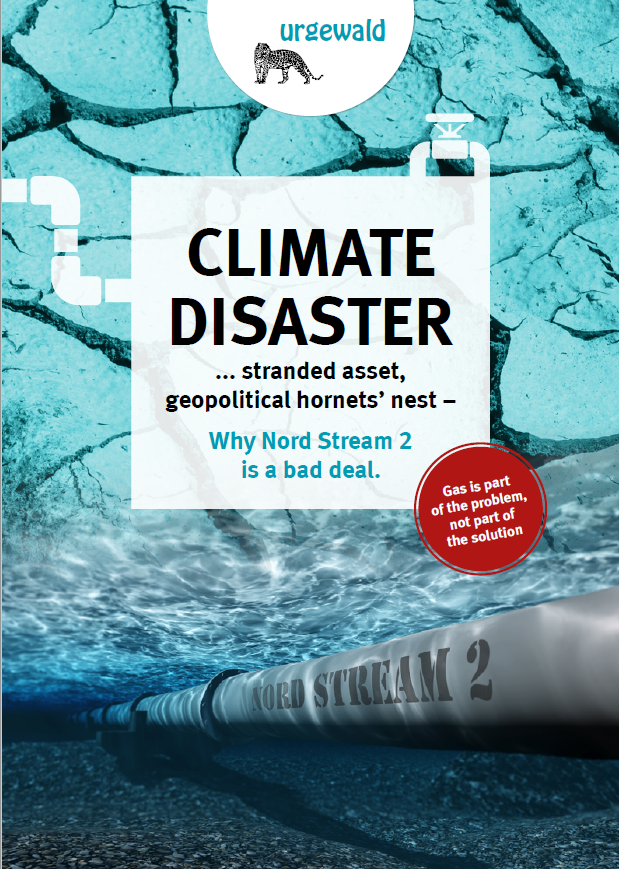 Why Nord Stream 2 is a Bad Deal

Nord Stream 2 is disastrous for the climate and not compatible with the Paris Agreement’s goal of limiting global warming to 1.5°C as agreed upon in the Paris climate
accord. The pipeline would cause CO2 emissions of 100 million tons per year, and this figure does not take the additional methane leakages in the project’s supply chain
into account. As gas demand is decreasing across Europe, Nord Stream 2 will likely become yet another stranded fossil fuel asset. The project is primarily being pushed forward
for geopolitical reasons and despite US sanctions.

This briefing paper outlines the involvement of Nord Stream 2 AG owner Gazprom and the five financiers of the project: Wintershall Dea, Uniper, OMV, Shell, and Engie. All of these companies either have long-term contracts with Gazprom or joint gas and oil operations in Russia, some of which lie in gas fields that will feed Nord Stream 2. The gas for Nord Stream 2 comes from the Yamalo-Nenets Autonomous Okrug in Western Siberia. Its extraction and transport is causing severe ecological damage. It is also destroying the livelihoods of the Yamalo-Nenets, the region’s Indigenous reindeer herders, who are already impacted by climate change.

Report: Why Nord Stream 2 is a Bad Deal