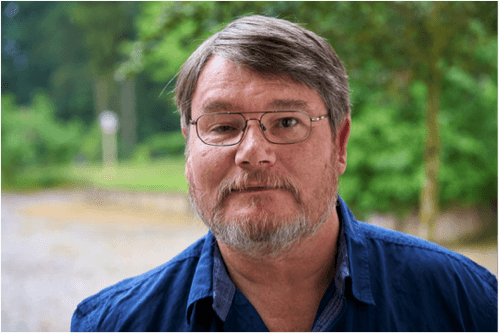 Knud has been in the Urgewald team since 2002 and up till 2015, he was the female team’s lonely „quota man“. Whatever happens, Knud takes it with composure and patience – virtues he’s strengthened over years of political work, resulting in knowing the political system like the back of his hand. In his political work for Urgewald, he relies on continuous dialogue, but also on consistent demands. With success: alongside team member Korinna Horta, he’s helped to make Germany – as shareholder of the world’s largest multilateral banks – speak up louder in the defence of environmental and human rights. Focus is on the World Bank Group, but also on the Asian Development Bank or the Asian Infrastructure Investment Bank, in which the Federal Republic also has a financial holding. Knud is constantly travelling the world and prefers to spend his free time at home, relaxing with cooking, enjoying DIY hobbies or modifying his model railway.