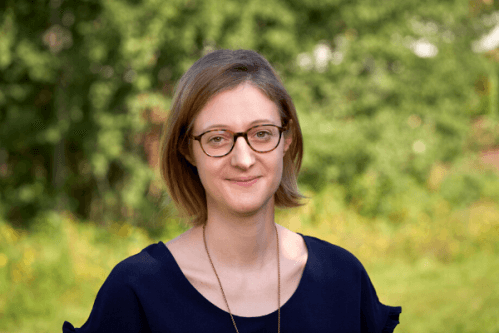 Stefanie has been urgewald's press officer since August 2021, focusing on the German-speaking media landscape.

She holds a degree in business administration and has worked in communications for more than 15 years. After her first professional years in conventional finance, she joined the Dutch sustainability bank Triodos Bank in 2009, which opened a branch in Germany at that time. Stefanie built up and managed the press department here in the following years. In 2015, she  moved with her husband and children to Malawi in southern Africa for four years. During this time, she worked for several NGOs and social businesses in the areas of health and refugee assistance, usually in communications and/or fundraising, but also in general strategy and specific program development.

Stefanie got to know and appreciate urgewald during her time at Triodos Bank. The years in Malawi brought many more connecting points - especially the on-site impressions of climate change and its consequences for one of the poorest countries in the world.

Stefanie has three children, a husband and a dog and lives in the Taunus region with a view of the high-rise buildings of the financial metropolis Frankfurt am Main. Thus, the way to many financial institutions addressed by urgewald in campaigns is not far!