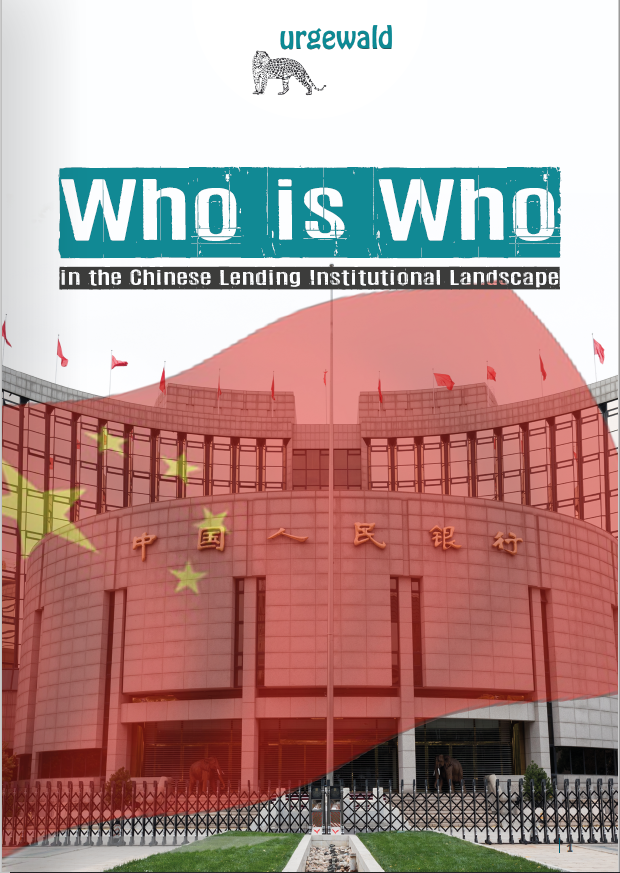 Who is Who in the Chinese Lending Institutional Landscape

China belongs to the world’s largest providers of development finance to countries of the Global South. Its role became more prominent since the launch of the Belt and Road Initiative (BRI) by China’s president Xi Jinping in 2015, aimed at promoting connectivity between China and the rest of the world.This 12-page publication shows which institutions are involved in lending. It works out concisely, in simple language and clearly, where exactly the differences to other systems lie. It is intended for training and further education among NGOs, but is also suitable for political decision-makers, think tanks and development aid institutions.

In English see below:

Who is Who in Chinese Lending
Report

Wintershall Dea: Expansion At Any Cost

Airbus - a Company in Decline

Who is Who in the Chinese Lending Institutional Landscape

The Norwegian Government Pension Fund and Coal: Time to Take the Next Step

Investors vs. the Paris Climate Agreement

Blessed are the last for they shall be first!